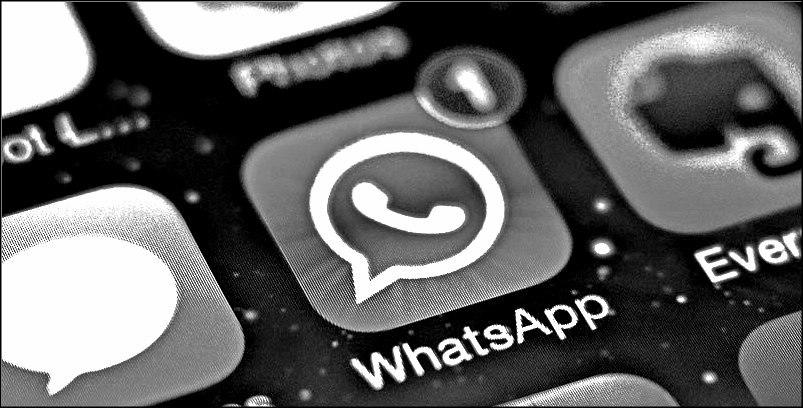 How WhatsApp grew to 1 billion users by focusing on Product

In Summary: Whatsapp's founders' story is conspicuously free of breakthrough discoveries or technological wonders. Jan Koum and Brian Acton knew what their customers wanted and stuck to it, avoiding the usual corporate temptation to do multiple things at once.

At Yahoo!, both witnessed the company spend massive resource mining user data to minimal effect. In deciding to forgo ads, they bet that the company’s value depended more on building a user base and a revenue model based on volume.

Real-world innovation is similar to an assembly line. At one end is a customer pain point or a potential new market. At the other is a product or service that solves the problem and addresses the market in a way nobody has thought of before.

A new breed of Product?

In Summary: Alexa is the artificial intelligence service that Amazon runs and Echo (alongside Dash and Dot) is the brand name of a device that connects to Alexa. This combination creates a new breed of touch-free (or 'screenless') interactions destined to have far-reaching consequences for Product Managers.

Echo as a product doesn’t have a category name, but it's the first popular smart device that’s connected to a place rather than a person.

Being hands-free matters. It turns out there are a lot of times when our hands and eyes are otherwise occupied. Except for Google’s own products, all the next-generation voice-activated search devices rely on Microsoft’s platform, which could be a meaningful advantage for them in the future.

Mario Queiroz is planting the seed of Google’s artificial intelligence.

In Summary: Mario Queiroz' insistent focus on letting your phone ‘cast’ video got Chromecast to market faster and in larger scale than any hardware product Google has shipped. His current venture is Google Home.

Advances in data processing mean voice may soon be a widespread computing interface so Google, Amazon and Apple are racing to own it.

Revealed in May, Google Home fuses its search database with deeply personalised intelligence. Google sees it as the next big evolutionary step for search, its foundational product.

By handing Home to Queiroz, Google is endorsing his strategy of going cheap and simple.

Find someone with their hair on fire, says Y Combinator's Michael Siebel.

In Summary: Product Market Fit is a term that is often used wrongly. The experience of true PMF, best described by Marc Andreessen, is 'when customers are buying the product as fast as you can make it.'

PMF is characterised by a Product Team frantically trying to keep pace with ever-growing numbers of happy customers. Until this happens, you should stay lean, keep burn low, and keep iterating. Many founders and Product Managers try to scale prematurely, wasting precious resources before they need to.

The likelihood of reaching PMF is influenced by the nature of the problem your product solves. The best products tackle what Sequoia Capital call 'hair on fire' problems: circumstances so dire that users are willing to try half-baked, v1, imperfect solutions.

How much 'dev speak' should Product Managers know?

In Summary: Some Product Managers feel excluded from the cult of software development. In response, it's common for them to begin using 'dev speak' (or excessive technical language) to try to connect with their engineers.

But, contrary to popular myth, only bad developers use jargon to exclude others. Great Product Managers are the eyes and ears of developers, indicating what’s coming on the roadmap and why it’s coming, so they can prepare for what’s ahead.

Instead of using jargon, Product Managers should focus on the 4 pillars of communication: vision, respect, trust and excitement.

From Trump to Brexit: what Product Managers can learn from Politics

In Summary: Politicians are very similar to Product Managers. They package themselves as products and attempt to sell what they’re offering to customers. They research the market to find out what voters want and redefine themselves when the market calls for it. Plus, they are always working towards a 'release date.'

Bernie Sanders built a huge following by presenting clear ideas centred on an equally clear vision. Unlike Hillary Clinton, he didn't rely on spreadsheets and reams of data. Any product that hopes to compete must be equally clear and visionary in its approach and execution.

Love him or hate him, Donald Trump identified issues in the US that he believed in strongly. His campaign found incredible product/market fit with voters frustrated with the Republican establishment. He went beyond polls and surveys to truly understand voter 'pain points', then he addressed them.

Brexit has made it into the news because David Cameron failed to convince UK voters to remain in the EU using rational, fact-based arguments. Product Managers shouldn't discount the major role that emotion plays in buying decisions.

Users don't want to learn to use your Product!

It's the why not the how, says Pulkit Agrawal.

In Summary: It's worthwhile Product Managers familiarising themselves with BJ Fogg's theory of behaviour. According to Fogg, behaviour is a consequence of 3 things: motivation, ability and triggers.

Applying these ideas to product, Pulkit defines motivation as your product's value proposition, ability as its user interface and triggers as its prompts.

When a product has a strong value proposition and an interface that is simple enough, a prompt may result in user action. This is why the best onboarding focuses on explaining why: clearly communicating benefits and outcomes.

When a value proposition is strong, users will engage, even with a confusing interface; think Salesforce or Snapchat. Once someone is convinced of a product's value, they will take the time to discover the functionality themselves.

“The moment you connect a product, you become a services company.”

ReadWrite's Ryan Lester on the transition from product to platform.